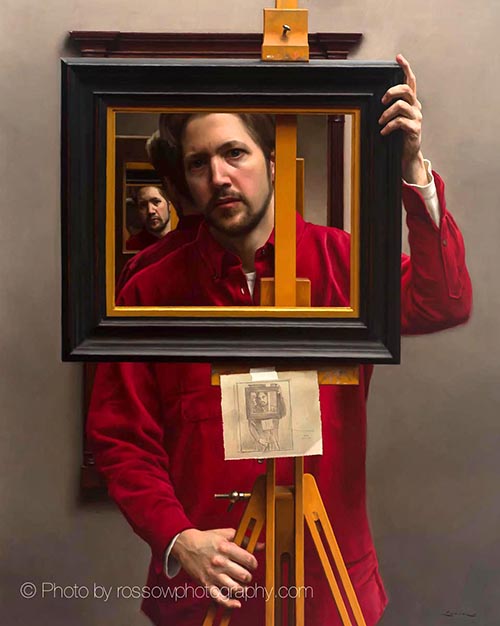 Steven is a contemporary American artist trained in the traditional atelier methods similar to those of 19th century Paris. He is associated with the group of artists known as Classical Realists, who trace their artistic lineage back to the Boston School painters working at the turn of the century.

Levin’s work displays a thorough understanding of light and form, a deep reverence for beauty, and a profound respect for the art of the old masters.

Steven J. Levin has exhibited widely and been featured in prestigious group and solo shows in San Francisco, New York, London, Beijing, and Barcelona. He has been featured on the cover of American Artist Magazine and also has been the recipient of numerous awards and prizes in national competitions including the American Society of Portrait Artists, the Allied Artists of America, the Portrait Institute, American Artist Magazine, the Artist’s Magazine, the Oil Painters of America and the American Artists Professional League. Most recently, he is the First Prize recipient for the ARC 2016 Salon in the still life category. He is represented by the John Pence Gallery of San Francisco and Tree’s Place Gallery on Cape Cod.

Mitch, just wanted to let you know that I had that same large hats painting photographed by another photographer that you had done for me because I wanted to compare the results.

Yours is by far the better one.

The old method I had been relying on of going from transparency first and then to a scan is really pretty inferior now that I see them side by side.

Wish I’d had you photographing my works these past many years. Oh well, live and learn. Thanks!

Learn more about Steven J. Levin by visiting his website.

Click on the paintings to see larger image & details.
Actual files provided are up to 36 megapixel images.
Details and pricing are here.
I’ve photographed over a hundred paintings for Steven, these are just some of the more recent paintings.